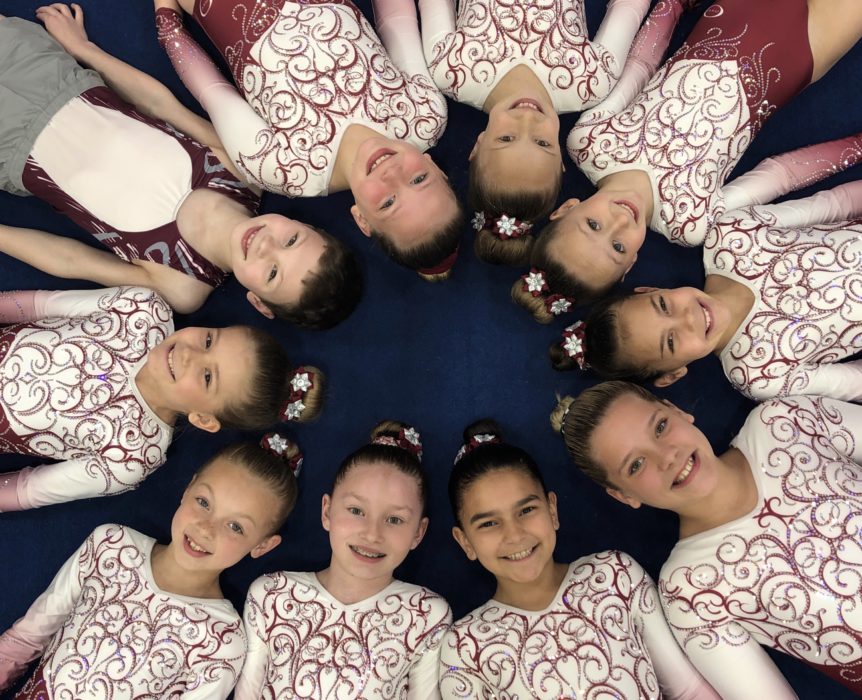 An article posted by Miranda Martin on July 11, 2019 on FloGymnastics.

So you’ve heard of trampoline and tumbling (T&T), but aren’t quite sure what it is and don’t know where to begin? Look no further, because this article will give you a rundown of what the sport is, why you should watch, and how to understand the competitions.

Tumbling and trampoline is simply a version of gymnastics, similar to how artistic gymnastics and rhythmic gymnastics are just different versions of the sport. T&T has picked up in popularity in recent years, leading to a surge of competitors in the sport and interest in its competitions.

They can even choose to compete each event at the level they are at for that specific event. For example, a competitor could compete in level four for trampoline and level five for tumbling. This is helpful for competitors who are better at one apparatus than another, as it does not hold them back. Additionally, it helps those who are not as skilled at one event or have a mental block with a certain apparatus, because they can completely skip it. This often happens with synchronized trampoline, as competitors may not have a partner.

Power Tumbling – Power tumbling is tumbling that is done on an elevated runway, often referred to as a rod floor, that gives gymnasts extra spring to perform very high flips and skills. Not only does the tumbling series often end with huge twists and flips, but this tumbling differs from other forms of gymnastics tumbling because the competitor will generally perform many flips in a row, as the runway is very long and allows gymnasts to connect more skills than they can on an artistic gymnastics floor.

Trampoline – This event is pretty much what it sounds like! Competitors bounce high and compete many connected flips in a row. There are many difficult combinations of skills, and it is very impressive to watch. This event has gone through many changes through the years, mainly due to changes in equipment design. Current trampoline models are a lot stronger and create higher bounces than the trampolines you would find in someone’s backyard. During this event competitors compete two routines, each involving 10 connected skills.

Synchronized Trampoline – Unlike synchronized swimming, this event has just two competitors in sync, but keeping two people exactly in time performing these skills is difficult enough! Like the individual trampoline event, these routines are 10 skills long and athletes perform in sync using two separate trampolines that are placed side by side. The difficulty of this event comes in not only in being able to perform high-level skills, but timing them to perfectly match a partner.

Double Mini Trampoline – Those new to T&T may feel that this event is similar to vault in artistic gymnastics. Although it isn’t exactly the same, it uses the same concept to perform skills. The event begins when a competitor runs down the runway to build up speed, then jumps onto a miniature trampoline, competes a flip, and dismounts off onto a mat, trying to land the skill. The competitor will generally perform one flip on the trampoline and one flip off of it. As the levels get higher, so do the tricks performed!

Although T&T has recently become more popular and is often offered at more and more gyms around the country, the United States Trampoline and Tumbling Association (USTA) has actually been around for 46 years. The USTA holds its own nationals every summer, and has its own tumbling passes and routines required of competitors, separate from the USAG routines and tumbling passes. T&T competitors can choose to go through USTA or USAG.

The benefit of going through USAG is that USAG is associated with FIG and the Olympics, so to get a child involved with the Junior Olympics, Olympics, FIG World Championships, and other similar competitions, they should train under USAG, but both governing bodies of the sport are well-respected, professional organizations.

This scoring explanation is for J.O. scoring of trampoline, tumbling, and double mini. Routines are scored out of 10 total points, with each skill being worth one point. If a pass does not include 10 skills (during tumbling or double mini,) there are points that are added by judges back into the score to make sure the score is out of 10.0. Execution judges watch the routine to take points away for mistakes, and each judge can take a max of 0.5 away per skill. Besides deductions from each individual skill, judges can also deduct for falls, landing problems, going over time, or getting assistance from a coach.

In level eight, the difficulty comes into play. This means that if a compulsory routine is performed, the three execution scores are added together to get the final score. If an optional routine is performed, it is the three execution scores combined, but the difficulty is also factored in. For competitors with difficult skills who may not have them super clean or controlled yet, this is a good thing.

For elite and international scoring, trampoline and tumbling uses FIG rules and regulations. All events are scored for both difficulty and aesthetics, with five aesthetic judges giving scores. The three middle scores are averaged, while the highest and lowest scores are dropped. There are no difficulty judges, as skills already have assigned points and value beforehand. The total value of all skills in a routine are added to the average of the three middle aesthetic scores, and this total equals the routine’s score.